Push-on Joint (T-type) pipe is adopted as a reclaimed water pipeline for a project by Changi Airport Authority in Singapore.
T-type DN300 pipes coated internally with fusion-bonded epoxy coating and externally with zinc alloy coating were installed in the airport in order to fulfill the requirement for high corrosion resistance to water running in the pipeline.
Water running in the pipeline is ultra-clean, high-grade reclaimed water treated by NEWater plant which is commonly known as NEWater in Singapore.

For further information about this product in your local area:

Offices and Plants
Our networks spreads worldwide and we are ready to support our client.

Inquiry
If you have inquiries and requests, please fill out the form and submit. 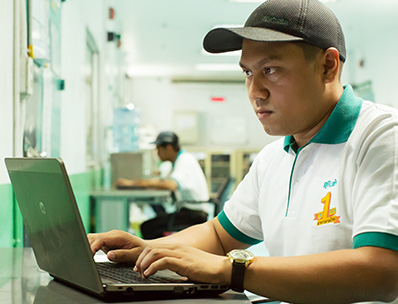 Kubota's research and development values thorough hands-on approach. As an agricultural and water expert, we challenge and attain the future of food, water, and the environment, realizing our customer’s needs.

Find Kubota in Your Country Kubota Group is a global manufacturing company, specializing in agriculture, water, and living environment products, with a worldwide network over 120 areas.
Kubota Group Companies