As China’s economy develops at a rapid pace, disparities are growing between infrastructure in the country’s urban and rural areas, and there is a trend in rural and farming regions in which local residents make farm roads and do other environmental improvements themselves. Construction machinery is also used for significantly longer times in China than in other countries, and the operating environment for such machines is quite severe. As a leader in compact construction machinery, Kubota is determined to develop products that can withstand heavy use. That’s why we send our engineers to the places the machines are used to experience the way people live and what kind of needs they face. We make products that not only sell, but also become an integral part of the lives of their end users.

Fast-paced economic development continues in China. The vast country is in the midst of dynamic change.
In 2014 the Chinese government unveiled its National New-type Urbanization Plan (2014-2020), through which it plans to raise the urbanization ratio from 52.6% (the 2012 level) to around 60% by 2020* by proactively investing in public works and other projects.
Compared to development in urban areas, however, infrastructure improvements such as roads and waterworks have not yet been made in rural areas. As life remains inconvenient for many people, most of the infrastructure work is being done by small and independent business owners. Their projects to improve the comfort in lives in rural areas are vital for maintaining and improving the living environment throughout China.

The 5 to 10 ton range of construction machinery comprises a huge market in China. These machines are more affordable for smaller and privately-owned businesses, and are versatile enough to be used for various kinds of work. In 2010, Kubota launched an improved version of its 8 ton excavator, which earned an excellent reputation in Europe, for the Chinese market.

After the launch, we sent a team to China to look into how our excavators are used. One reason was that there had been several reports of malfunctions in working parts such as arms and booms in China, even though we had received almost no reports of such malfunctions in Europe. Kubota realized that Chinese operators clearly use excavators in different ways from European customers, so we put together a team to found out what sort of machinery needs China was facing. The team conducted fieldwork all across China, including Hubei, Hunan, Sichuan, Guizhou, Anhui, and Jiangsu Provinces.

The types of construction done using excavators are varied, and harsh. In addition to roads and side gutters, they are used to cut open wide areas of mountain slopes packed with tree roots, and sometimes for leveling using only the front of the machine and not the blade (earth removing plate) that was attached for that purpose. Our team even saw excavators in deep water digging out land to form ponds for aquaculture. These are applications we could not have imagined.
The basis for these types of uses was the high expectation Chinese customers had for our products: “If it’s made in Japan, it won’t break down no matter how it’s used.”

The most surprising finding in China was the operating times for which construction machinery is used. While average times in Europe range from 800 to 1,000 hours per year, our findings showed that in China machinery is used for 2,000 hours or more. In some cases only the operators are switched and the machine is kept running for 24 hours a day.
The jobs included many repetitive tasks such as excavation, leading to metal fatigue from repeated loads in the same location over a long time, which caused the machines to malfunction.

In terms of cost, what struck our team as particularly severe was that construction site owners would lend out machines to operators, then go around the site themselves supplying just the right amount of fuel for the work being done.
Not only machinery operators but also owners have a sense for good fuel consumption, and this is a factor when they choose which manufacturer to purchase from. This was another unique aspect of work in China.

Fixing the tradeoff between fuel efficiency and power

Kubota’s team made extensive visits to China and gained an understanding of how products are used there. Then we set off to develop products for the Chinese market. In 2012 the company established Kubota Construction Machinery (Wuxi) Co., Ltd. (KCW), a production base in China, and launched the project to make the KX175-5 especially for the local market.

The biggest challenge was durability. European customers ask for specific features and functions to support their varied ways of using the equipment, but for China’s users who wanted to dig large amounts in short times, a larger bucket and more durable boom were indispensable. We conducted rigorous bench tests while revising the design of each part in our quest for greater durability.

We also downsized the engine in order to realize both low cost and low fuel consumption, other important factors. After installing a smaller engine, although we improved fuel efficiency we had to overcome the decline in work speed from the lower output, so we conducted trial and error style tests for combinations of parts and settings of the hydraulic pump, looking for just the right settings to achieve both engine output and work speed.
Our result was a machine that boasts amazing durability to handle the harsh operating conditions in China, all while providing smooth, stress-free operability. This would become the culmination of Kubota’s efforts in China.

Excavators that support developing China behind the scenes

The ways construction machinery is used in China are changing little by little. For example, blades were not used on excavators in the past, but recently more operators have come to know the convenience of blades for leveling, and we are seeing them used more frequently. And with the KX175-5, we have adopted models with and without blades so that customers can purchase the one that’s right for their needs. This will not only improve operators’ skills, but also create unique uses for blades in China that will be bolstered in the future.

Rather than simply find ways to improve the performance of existing machines, we want to work toward making products that can be used optimally in the country they’re used in. This local needs-based approach to product development is the Kubota advantage.

Kubota will continue to pursue its local needs-based approach and develop products suited to the circumstances of their regions so that the world will look at us as a company that builds communities and nations. 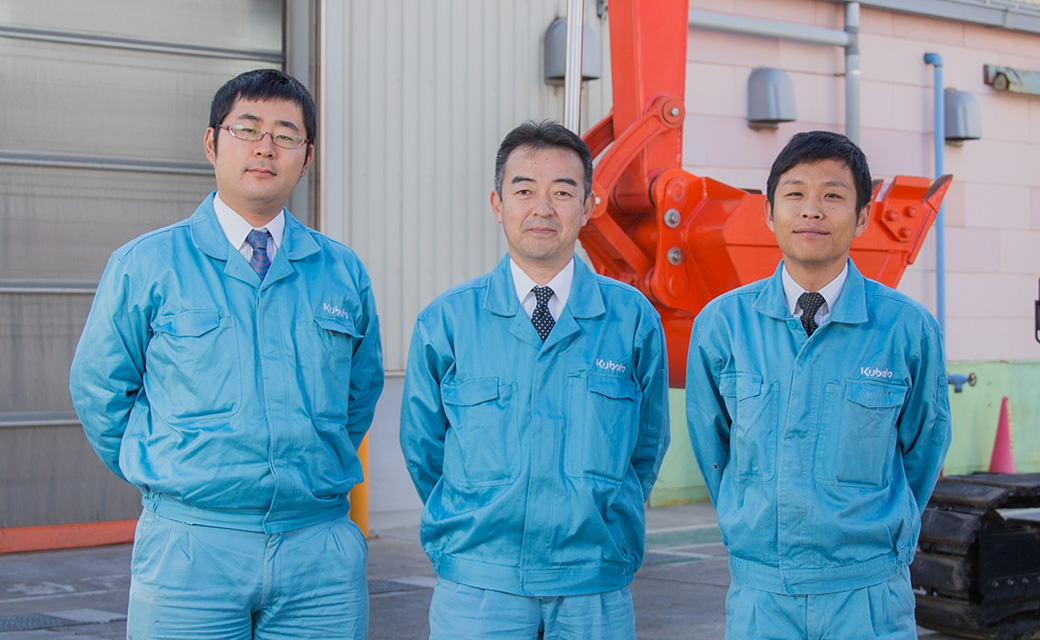 Prioritizing the “feel” that cannot be expressed with numbers

One of the areas where Kubota has an excellent reputation among machine operators is sense of operability. Beyond improvements in individual functions, Kubota is dedicated to increasing value in terms of “feel,” which can’t be expressed with numbers. If even one of a product’s developers senses a problem with operability, then the operator who spends long hours working with the product will surely feel dissatisfied. It won’t always be easy, but our whole team will keep making efforts to prioritize this sensibility. 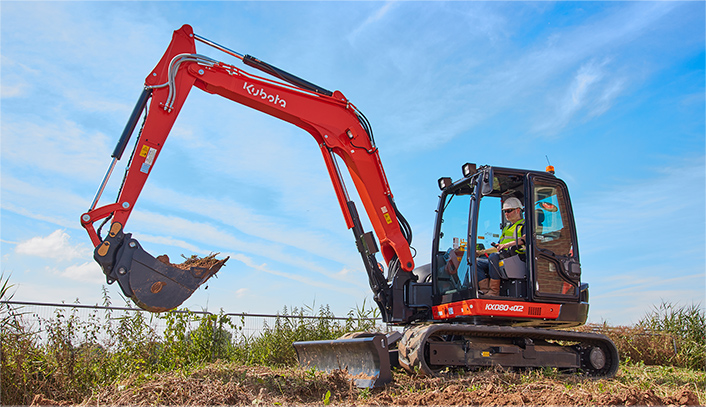