Agricultural practices are closely intertwined with culture and climate, and thus vary from region to region. The crops farmers raise, the way they are raised, types of soil and sizes of fields are all different. Because Kubota is committed to supporting farmers in any and all circumstances, we have always provided products that are tailored to the agricultural needs and methods of each region.
What makes this possible is our policy of listening carefully to the views and needs of the farmers out in the fields. That's because if we do not have a full grasp of where and how our products are being used, then we cannot make truly useful products. Kubota's hands-on approach, which has been handed down in our product development since our founding, is now being practiced all over the world.

Development begins with an understanding of local needs

Agriculture is practiced in nature, so it is heavily influenced by location and climate. Of course certain crops are only suitable for certain areas, but even the same crop may need to be raised differently in different regions. This single word “agriculture” actually describes a vast array of practices throughout the world.

Agricultural machinery is also heavily influenced by these factors, and each region has certain priorities and demands for certain features. What is more, the ways people in one country use machinery may be inconceivable to others, so region-specific methods of use must also be considered. By understanding that regional characteristics are inseparable from agriculture — that is how we begin developing our machinery.

“We want to see Kubota tractors on public roads in India”

India is a world leader in agriculture, with about 52%* of the country's land used for farming (against a world average of about 11%). Producing enough food for India's growing population is becoming a major issue. As the country develops, the needs for agricultural production to provide the rising population with a stable food supply and greater yield are increasing every day. Therefore, farmers who once relied on manual labor to tend to their vast fields are now turning to machinery in the quest for greater efficiency.

The development project for the MU5501 tractor started in 2012. When the team visited India for the first time, they saw tractors riding all over public roads. The style in India is to use tractors not only for farming, but also for daily transportation, moving goods, and a wide range of other uses. Some tractors were riding with heavy cargo spilling off the trailer, making the front wheels float off the ground. Some were mounted on huge combine harvesters, with the tractor output used as a power source for the harvesting and running functions of the combine harvester. The Kubota team members were amazed by the unique ways Indian farms used their tractors. And they pledged from the bottoms of their hearts that they would someday fill India's public roads with Kubota tractors as well.

A team of personnel from Japan, Thailand, and India was assembled to develop the tractor exclusively for the Indian market. Tests were conducted using prototypes in ten locations to study the different types of soil and farming methods in each of India's states and territories. This was more than twice the number of prototypes used when researching existing markets. Test runs by local users were also conducted over much longer periods, envisioning Indian farmers' unique tendency to use a single machine over a longer lifespan. The fact that end users were asked to help with the development, which ordinarily stops with dealers in other countries, demonstrates the team's enthusiasm for conquering the world's largest tractor market.

Through a variety of tests, Kubota focused on durability. One noteworthy example is the axle that connects the rear tires. When it considered how tractors are driven with the front tires up in the air, the team saw that the rear axle would have to bear a heavy load to support the weight of the body. Based on measurement data obtained locally, engineers adopted a higher-durability axle that was significantly stronger than those ordinarily used in tractors in the same horsepower range. And with pedals that would not fatigue even after years of use, carefully-arranged operation levers, and a flattened fender that took into account the large loads of cargo, the team carefully customized even the finest details for India.

Hands-on approach required for each market

In developing a product that is tailored for the Indian market, it was essential for the team to observe, experience, and study the climate and agriculture of the country, the preferences of its people, and the tractors already in use there. The tractors that cover India's public roads are used in all aspects of life, and they symbolize the way Indians get every possible inch of use out of their machinery.

To carry through this hands-on approach, Kubota will pay close attention to the needs and the opinions of the people who work so hard in each market. And based on our spirit of going out and seeing for ourselves, we will continue to base our research and development around a keen understanding of people's true needs in these regions. 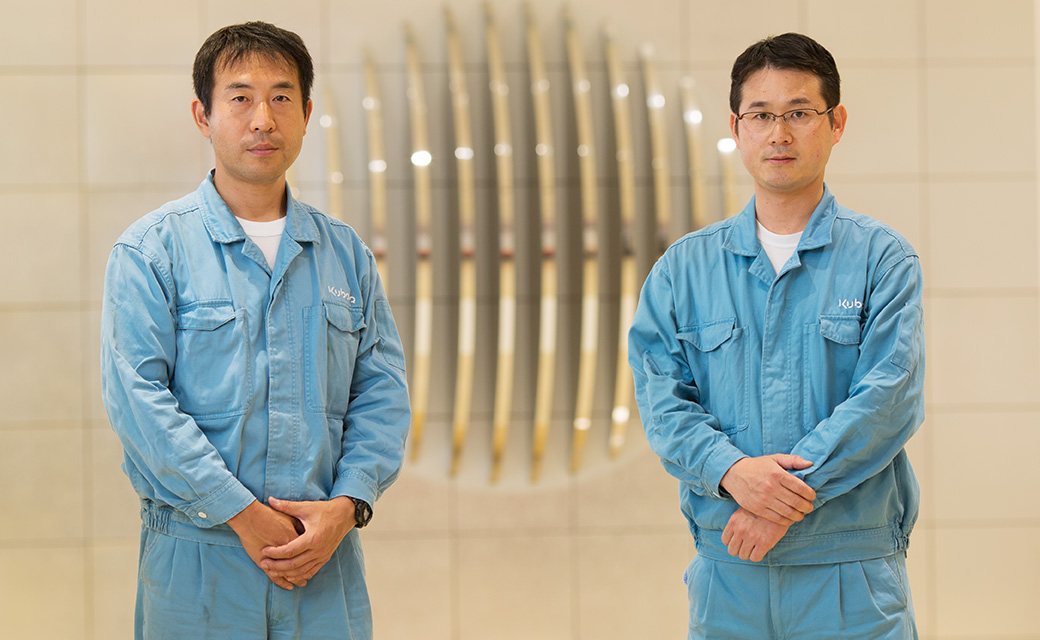 “Truly sensed the challenge and fulfillment of meeting market needs.”

What was interesting about this project is that we really learned that what we consider common sense in Japan is not necessarily common sense in other countries. We couldn't have developed the MU5501 if we hadn't gone to India, talked to the people, and seen for ourselves what the market really needs. We made several trips to India over nearly five years including the studies before the project, and truly sensed how challenging it is to meet a market's needs. However, that hard work paid off in the form of smiles, both for the local farmers and for the global team involved in the development. Kubota will keep working together with the people in the region to expand into large tractors and develop IoT-equipped and other next-generation tractor systems.